How to debug in React

I’ve had quite much experiences on Ror (Ruby on Rails) projects, and I know there’re bunch of info about how to debug on Ror development. On the other hand, I just realized there aren’t so many articles about how to debug in React.

Therefore, this time I’ll be taking a memo about debugging tools for React application and what I believe is important for debugging in React.

What you need to know to debug in React 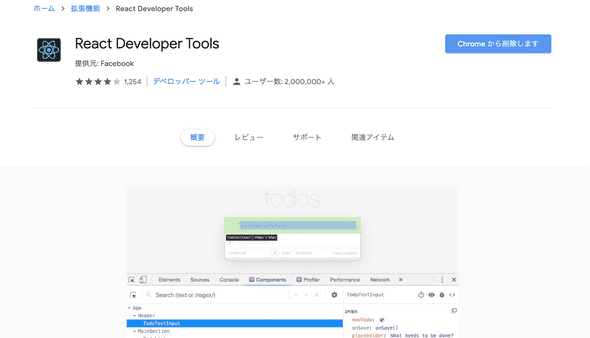 React Developer Tools is open-source chrome extension made by Facebook. It just allows you to inspect the React component hierarchies and stuffs（props and state as well） in the Chrome Developer Tools.

I always use this tool for grasping the whole picture of the props & state situation, and later on I end up with using console.log a lot to do a deep dive into the error.

You can install it here. After installed, you’ll find Components tab right side in your Chrome Developer Tools.

Chrome Developer Tools is the must-know tool for web developers. I always open it by shortcut keys (option + command + i) and inspect the console logs and data transmission on browser.

However, you’ll need to make use of Network tab when fetching some data from external APIs or your API built with server-side language like Ruby, Python, etc..

Especially, using console.log() makes it easier to debug because it allows you to make sure if a variable has a certain value or if the React-side recieve a proper response from APIs.

Using too much console.log()s sometimes brings so many lines that you can’t easily find the line you’d like to read. Then you can use console.error() to see more readable logs by making them red. (There’re a lot more useful functions out there such as console.count() and console.time(). Check out here)

・Getting close to Props & State

Props and State are the two primary concepts of React. React is component-oriented, meaning that components (building blocks divided by each UI of an application) are the core elements of the whole UI. And it is essential for React developers to understand how props and state work in each component.

Honestly it was not so easy for me to understand these two concepts. However, once you understand and use them for development, it will get way easier than you think they are. 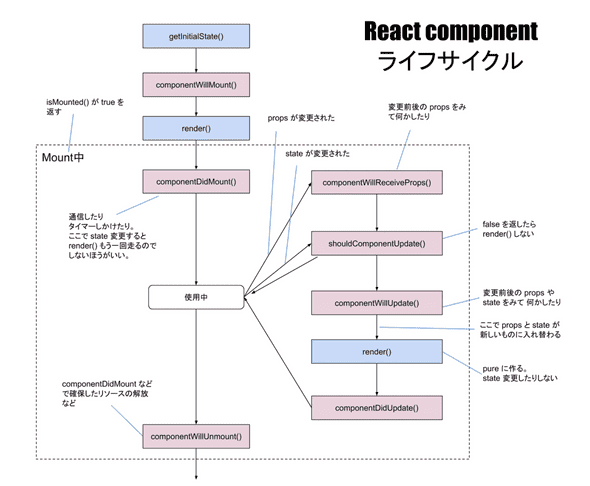 Lifecycle methods are custom functionality that gets executed during the different phases of a component. ( React Documentation- reactjs.org)

This concept is as important as MVC modeling in Ror or any other types of web-development frameworks. Understanding how components pass each phase of its life drastically makes it easier to debug in React.

It’s all in Japanese but this article has a really good explanation of life cycle and how to make use of it by executing life cycle methods.

When running into big errors and struggling with them, the key to solve them should always be in the official documentation. This makes sense for not only React but also Ror and other languages / frameworks. After all, the best understanding the basics of the language or the framework makes the most efficient debugging.

To output what I learn from things, and brush up both English & Japanese writing skills. 日々感じたことや学んだことを日本語と英語でアウトプットするための技術系ブログ